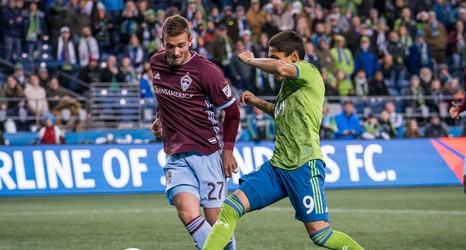 The Seattle Sounders are off to the best start in franchise history with 25 points through 11 matches. While seven of those games have come at home, it’s notable that they’re actually claiming more points per game on the road (2.5). But the Colorado Rapids may pose their biggest challenge yet.

The Rapids sit fourth in the Western Conference on 16 points through 9 games, which includes a 3-1-0 record at home. Since opening their home schedule with a 3-1 loss to Austin FC, the Rapids have won three straight at Dick’s Sporting Goods Park and outscored opponents 9-3 in the process.