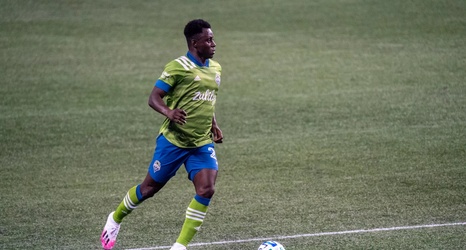 The Seattle Sounders went into the offseason following the 2019 MLS Cup Final looking to fill a roughly Chad Marshall-shaped hole in the center of the defense. Since Marshall’s retirement in May of 2019 the team had largely bridged the gap through the play of Kim Kee-hee and Román Torres, while Xavier Arreaga got acclimated to the squad. Heading into preseason in 2020, Arreaga was the only centerback still on the roster. Seattle added Yeimar Gómez Andrade, a 27-year-old Colombian defender, from Union de Santa Fe using Targeted Allocation Money in February and he quickly became the stabilizing force the team had been searching for.