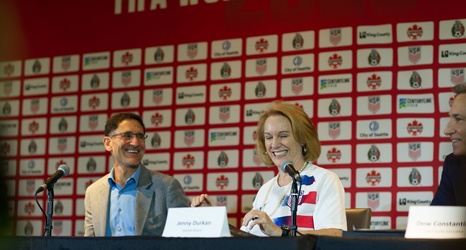 The 2026 FIFA World Cup is coming to North America.

On Wednesday afternoon, the Seattle Sounders and Puget Sound civic and sports leaders congregated at The Ninety, the Sounders' Pioneer Square event space, to address the United Bid's selection to host the 2026 FIFA World Cup.

The United Bid of Canada, Mexico and the United States was selected Wednesday morning by the 68th FIFA Congress in Moscow. For the first time in history, FIFA's Member Associations were given the opportunity to vote on the host for the FIFA World Cup. They did so by a vote of 134 to 65.

See full article at Official Site of the Sounders