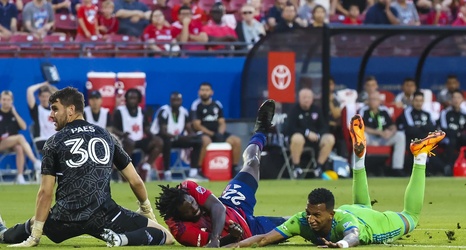 A return to MLS action, a return to dropped points.

Whether it was down to poor hydration from drinking all the champagne after being crowned kings of Concacaf midweek, or the shoddy pitch that the team couldn’t seem to come to grips with, we may never know.