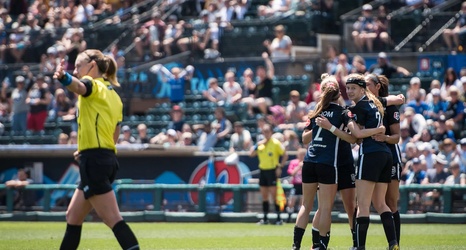 Reign FC looked to make it three wins in a row on Sunday afternoon as they hosted the Houston Dash.

They were just a handful of minutes away from that. However, a 90th minute goal by former Reign FC player Christine Nairn saw Sunday’s match at Cheney Stadium end with a 1-1 draw.

Houston Dash had a chance to strike first in the 30th minute when they were awarded a penalty after a handball in the box was called on Reign FC midfielder Morgan Andrews. Houston’s Sofia Huerta took the penalty, but her effort was wide left.