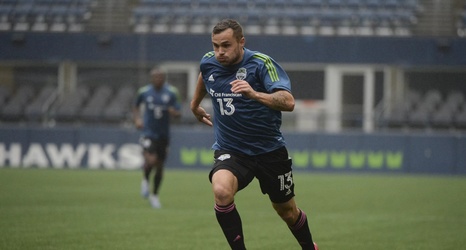 The Seattle Sounders played a couple of 90-minute scrimmages against Mexican sides on Wednesday morning, drawing 2-2 with Club Atlético Zacatepec of Ascenso MX, the second tier of Mexican professional soccer, and winning 2-1 against the Pumas UNAM U-20s in the second game. The first game involved what was close to a first-choice line-up with a few depth players mixed in, including a midfield pivot of Jordy Delem and Danny Leyva, and Harry Shipp standing in for Nico Lodeiro once again as the 10. Notably, Nouhou has continued to appear as the starting left back during preseason.