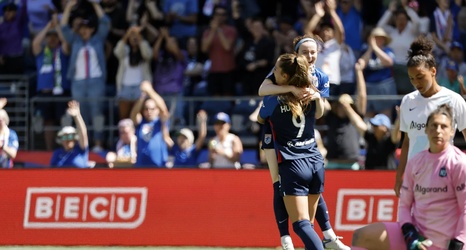 OL Reign scored four goals for the first time this season as they took down Gotham FC at Lumen Field in front of 7,048 fans. Megan Rapinoe scored two goals, Rose Lavelle added another, and a Rapinoe cross/shot caused a Gotham own goal. While Gotham FC managed to score a goal of their own, the Reign dominated and walked away with a 4-1 win on Sunday afternoon.

The most lingering issue for OL Reign all regular season has been their inability to score goals. With one of the highest expected goal (xG) totals in the league, coach Laura Harvey has been honest about her frustration with her team’s lack of scoring.