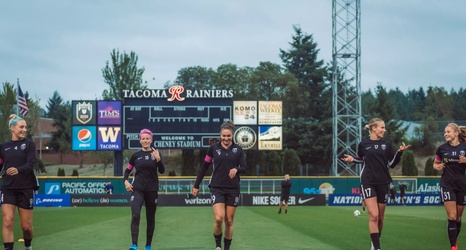 OL Reign have announced plans to start “small group training” on Monday, keeping them in line with the rest of the NWSL, which became the first team-sports league in the United States to allow players to move beyond individualized workouts.

The move is Phase Two of the league’s “Return to Play Phased Protocol,” which was created by the NWSL medical task force.

The protocol requires a number of safety restrictions for each of the nine teams in the league. Prior to entering a facility, all players must complete a league-approved Pre-Training Assessment and have a daily symptom and temperature screening.