Nicolas Lodeiro is likely out 3-4 weeks with injury 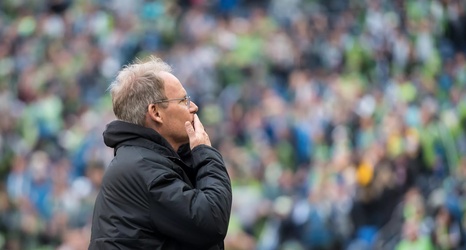 Already planning to play the entire season without Jordan Morris, it now looks like the Seattle Sounders will also be without Nicolás Lodeiro for the first few weeks of the season.

Sounder at Heart has independently confirmed a report by Niko Moreno that Lodeiro suffered an injury sometime between last week’s intrasquad scrimmage and the previous preseason match against the Portland Timbers, and is expected to miss the first 3-4 weeks of the MLS season. Sounders head coach Brian Schmetzer is due to talk to the media on Friday, where he’s expected to give a more complete accounting of how Lodeiro was injured and how long he is expected to be out.