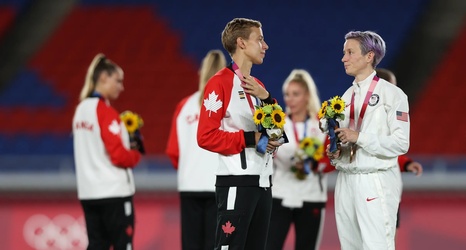 Canada is among the teams around the world who have closed the gap between the USWNT and everyone else, and their gold medals are proof. The Premier League is back and full of fun, but with that has come more than a couple incidences of problematic fan behavior including homophobic chants. The professional teams of the Puget Sound were on the road this weekend, and while OL Reign had a frustrating night in Kansas City, the Tacoma Defiance and Seattle Sounders put on impressive away performances as they secured important wins.

Transition is the operative word for OL Reign this season.