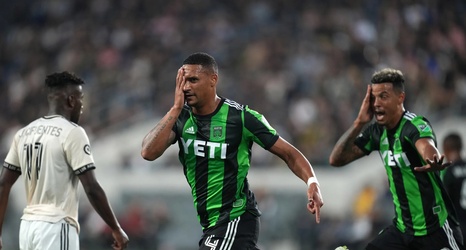 Twenty-two was the number of players on the pitch Wednesday night at PNC Stadium, but also the amount of passes Seattle Sounders FC strung together during a 28th-minute game-winner in a 1-0 victory at Houston Dynamo FC. Concacaf’s best! Raul Ruidiaz finishes off 22-pass masterclass for Seattle Sounders | MLSSoccer.com

America’s Megan Rapinoe remains one of the highest profile players in the world, owing to her consistent success for both club and country. Megan Rapinoe: NWSL Player Watch | The Coaches’ Voice

“This game was about feeling like ourselves again,” said wingback Alex Muyl after Nashville SC’s 2-1 win over CF Montréal at GEODIS Park on Wednesday night.