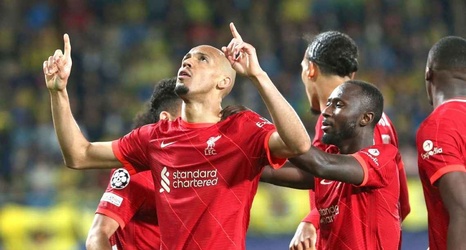 Liverpool overcame a rocky first half to beat Villarreal 3-2 on Tuesday night and book a spot in the Champions League final, winning the tie against their LaLiga opposition 5-2 on aggregate.

Jurgen Klopp's side came into the match up 2-0 on aggregate from the first leg but quickly went behind after Villarreal's Boulaye Dia pounced on Etienne Capoue's cross-shot to give the hosts a second-leg lead.

Liverpool were left frustrated throughout the remainder of the first half -- failing to get a single shot on target -- and saw Villarreal double their lead just before the break when Francis Coquelin scored from an exquisite glancing header to level the tie on aggregate.