Léo Chú could join Sounders as soon as this week 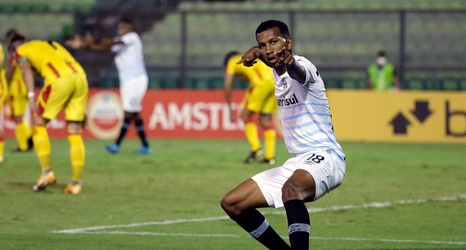 Léo Chú could join the Seattle Sounders as soon as this week, but the soonest he’d make his playing debut probably won’t be until next month.

“If he’s here this week, it’s not like he’s going to land and jump on the field,” Sounders GM and President of Soccer Garth Lagerwey told KJR. “It’s going to be a transition like we said, with a younger player, who’s never really left Brazil and doesn’t really speak English. We’re interested in his long-term development, not whether he gets on the field in the derby on the weekend.

“Léo will be a nice piece when he gets in, gets adjusted and gets his legs under him.