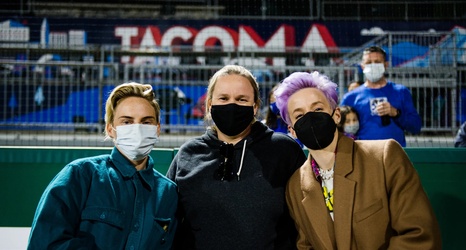 Like movies, sometimes you have to run it back in sports.

Today, OL Reign announced that Laura Harvey will be returning as head coach after the conclusion of the Olympics, where she is currently serving as an assistant coach with the US Women’s National Team. Sam Laity will remain as interim head coach for the club’s next four matches until Harvey returns, and will then continue on as an assistant coach. Exact terms of Harvey’s contract weren’t disclosed, but OL Reign CEO Bill Predmore told Ride of the Valkyries that depending on certain factors the length of the deal could be up to two and a half years.