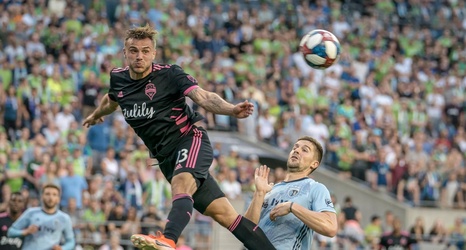 It looks like the Seattle Sounders could soon claim their third MLS Comeback Player of the Year. On the same day that the league announced Jordan Morris to be among the three finalists for the award that will be officially announced on Oct. 22, SB Nation revealed that the Mercer Island native was given the award by a panelist of team bloggers.

Like the two other Sounders to previously win the award — Eddie Johnson (2012) and Clint Dempsey (2017) — Morris has a strong case. Morris missed all of 2018 with a ACL tear he suffered in a Concacaf Champions League match, only to return as an almost undeniably improved player.