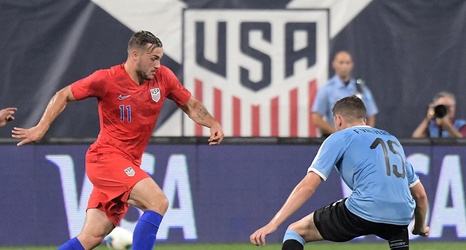 If it’s any consolation for Seattle Sounders fans missing their star players during the international break, at least they are performing well for their respective national teams.

After an abject performance against their top rival last Friday, the US Men’s National Team regained a bit of respect in a 1-1 draw versus Uruguay Tuesday night in St. Louis. Most of what the USMNT did right had to do with Cristian Roldan and—especially—Jordan Morris.

Playing on the left wing, Morris had a clear Man of the Match performance, creating most of what passed for dangerous chances for the USMNT.