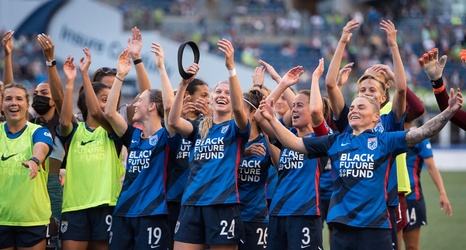 When OL Reign finally got play a regular season NWSL match at Lumen Field on August 29, it was, in one word: special.

Twenty-seven thousand fans watched this region’s NWSL team get the better of their rivals, Portland Thorns FC, powered by two Megan Rapinoe goals and lockdown team defense. Those that have followed the team since the inaugural season in 2013 have seen plenty of highs and plenty of lows over the years, but for a lot of people that were in the stands on that August Sunday afternoon, it might have been the first time they saw the team in-person.