Five thoughts on Sounders moving in right direction against the Loons 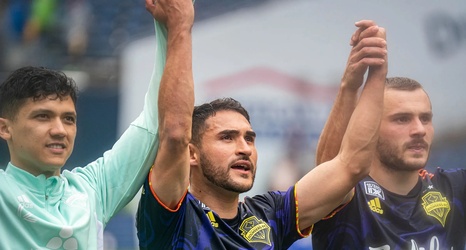 SEATTLE — With the Concacaf Champions League trophy safely on display at Sounders headquarters — and the 2022 version of the US Open Cup nowhere in the vicinity — there remains only one trophy left for Brian Schmetzer’s side to focus on this year. A look at the standings coming into Sunday’s matinee matchup with Minnesota United — which also explains why the Supporters’ Shield is likely far-fetched — finds the Sounders in an awkward spot as the undisputed champions of the region yet also mired with the also-rans of MLS.

It’s an odd juxtaposition indeed, and while having the biggest trophy on the continent means a successful season by any measure, wandering through an abyss of an MLS season at the bottom of the standings is nobody’s idea of a good time.