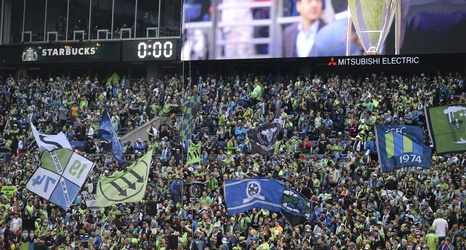 As the Seattle Sounders prepare for their last scrimmage before the regular season starts next Friday, they are taking the opportunity to thank those who have been on the front lines in the battle against Covid-19.

The Sounders announced Friday that 200 tickets to Saturdays scrimmage against the San Diego Loyal have been distributed to employees from Virginia Mason Franciscan Health and their families. It represents the first time that fans will be in attendance for a Sounders match in well over a year. The last match that saw fans attending was a March 7 match against the Columbus Crew that ended in a 1-1 draw.