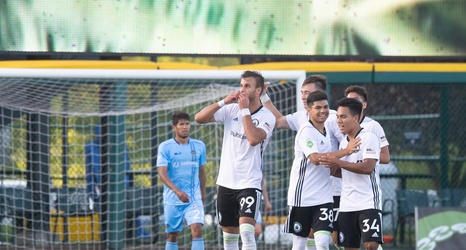 TACOMA, Wash. — At the start of Saturday night’s matchup between the Tacoma Defiance and El Paso Locomotive FC, it looked as if the Defiance would be run off the pitch by Locomotive’s quick passing and merciless press. After letting in the first goal, they were able to catch up with Locomotive’s physical and mental speed, though. Unfortunately, one poorly defended Locomotive counter in the second half cancelled out Justin Dhillon’s fantastic individual goal in the first to give Locomotive a 2-1 victory. The loss snapped the Defiance’s season-best three-game unbeaten streak.

15’ Henry Wingo committed a silly foul right on the edge of the box.