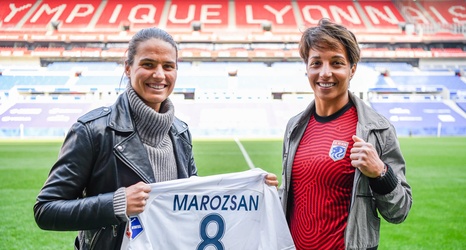 The news much speculated on and wished for in the NWSL is now official — German international midfielder Dzsenifer Marozsán and French international goalkeeper Sarah Bouhaddi are finally coming to the league. OL Reign announced today that the midfielder and goalkeeper will be joining the club in early June, on loan for the remainder of the 2021 NWSL season.

When OL Groupe acquired the Reign in December 2019, it seemed inevitable that talent from Olympique Lyonnais would come to the Pacific Northwest. Today’s announcement marks the first time that such a move has occurred, and it took a lot of behind-the-scenes work to make it happen.