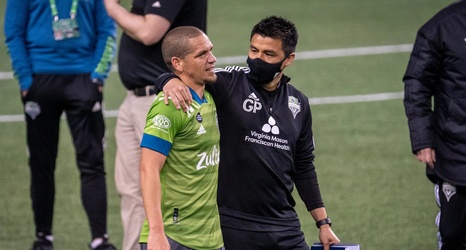 UPDATE (Wednesday): It looks like it’s a done deal, with Gonzalo Pineda signing a three-year deal to join Atlanta United immediately. An official announcement is expected by Thursday.

I'm told that #Sounders assistant coach Gonzalo Pineda has come to terms with #Uniteandconquer and will be signed to a 3 year contract, putting him in charge of the team immediately.

We will wait for official word from either Seattle or Atlanta but it appears the deal is done. pic.twitter.com/Q3wt6gcpcj— Niko Moreno (@ELROLONW) August 11, 2021

UPDATE: Atlanta United isn’t showing much of their hand but all indications are that they are looking to make a hire midseason, rather than seeing how the year plays out.