As the Sounders open training camp, roster holes and MLS labor talks are front and center 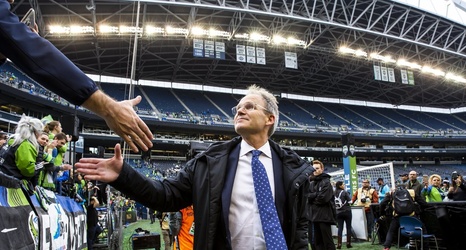 As the Sounders open training camp for the 2020 season Tuesday, the biggest player isn’t on the field.

The league and MLS Players Association have yet to ratify a new collective bargaining agreement. The players published on the MLSPA website an outline of their goals to improve the current CBA that expires at the end of this month.

With the Sounders at the previous salary cap after signing players such as defender Xavier Arreaga and midfielders Joevin Jones and Emmanuel Cecchini last year, the club is keeping an eye on CBA negotiations before making big moves to fill holes on its roster.