Alex Roldan turned down a call-up to Guatemala, report says 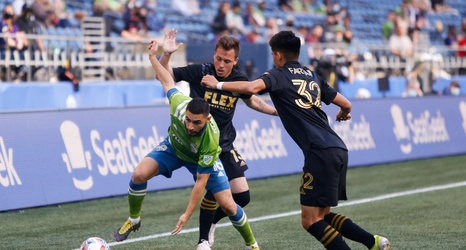 Alex Roldan turned down an invitation to join the Guatemala national team, possibly as soon as this summer’s Gold Cup, according to a reporter who covers the team. Although the exact reasoning is not clear, the indication is that Roldan is more focused on helping the Seattle Sounders get through a potentially tricky period during this summer’s Gold Cup than on playing international soccer.

Roldan was born and raised in the United States, but is potentially eligible to represent either El Salvador or Guatemala through his parents. It does not appear as though he’s made an attempt to get a passport for either country, though, and obtaining the necessary paperwork in time for the Gold Cup would have likely required some sort of expedited process.