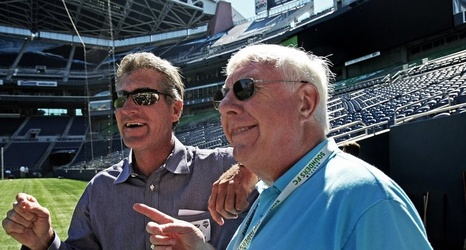 Jeff Stock grew up wanting to follow his dad into Major League Baseball.

Instead, he became one of the most popular players for the Sounders during their NASL days, then took the lessons he learned from sports into a successful career as a businessman.

So everything worked out in the end for Stock, 58, even if it didn’t go entirely as planned.

Jeff’s father, Wes, grew up in Longview and played baseball for Washington State before a nine-year career in the major leagues (1959-67). Wes got into coaching and was the pitching coach in Oakland when the team won World Series titles in 1973 and 1974.