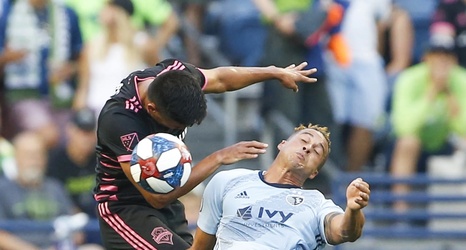 The Seattle Sounders return home after a two-game road trip to face second-place Sporting Kansas City. It’s a classic six-pointer that could go a long way toward deciding who wins the Western Conference.

The Sounders' win on Thursday night in Austin was historic because Seattle became the first team in MLS to start five teenagers in a league match. The circumstances that led to that record, of course, were because nearly half the roster is injured or on international duty. Brian Schmetzer also elected to rest some veterans on Thursday, presumably with one eye on Sunday’s match against Sporting Kansas City.