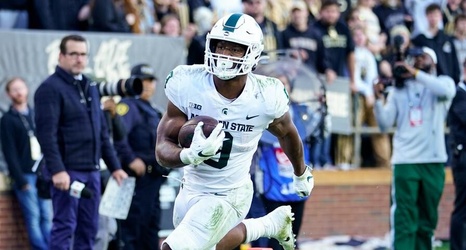 Though the Seattle Seahawks were rumored to draft a quarterback with the 40th or 41st pick in the 2022 NFL Draft, they went with Minnesota Golden Gophers defensive end Boye Mofe and then Michigan State Spartans running back Kenneth Walker III.

Walker had two decent seasons at Wake Forest in a part-time role before transferring to Michigan State for his junior season. He broke out in a big way with the Spartans in 2021, rushing for 1,636 yards and 16 scores. His 50.2% college dominator rating checks in as a 99th-percentile clip, according to PlayerProfiler, and his 4.