When the Seahawks won the Super Bowl: Seattle beats New Orleans 23-15 in the Divisional Round 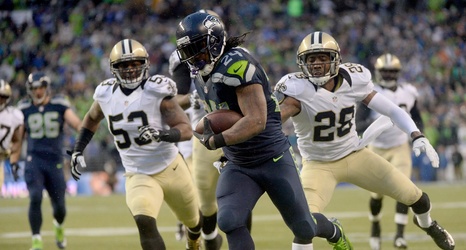 There are two unequal parts to this game. There is the first part, in which Seattle more or less crushed New Orleans for 57 minutes. And then there’s the second part, in which New Orleans nearly came back from a 15-point deficit in the final three minutes of regulation to tie the game and force overtime.

Michael Bennett was a super-sub in 2013, only starting 3 games but playing in 57% of all defensive snaps. His versatility allowed Seattle to knit tiny wrinkles into otherwise common formations and personnel groupings.