Welcome to the Rashaad Penny show 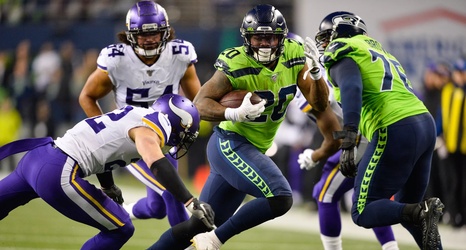 After almost two seasons of streaky play, this year’s trade deadline ended with outright disappointment from many fans when Rashaad Penny wasn’t traded for the reported 3rd round pick that a rival GM baited the hook with. John Schneider didn’t bite, and the Seattle Seahawks’ 2018 first round running back stuck around - and repaid management’s trust in his potential.

Hurricane Penny blew out the windows and caved in the roof of the Minnesota Vikings’ fifth-ranked rushing defense on Monday Night Football, racking up over 100 yards combined rushing and receiving (often in the form of very short passes followed by runs), and two touchdowns to boot.