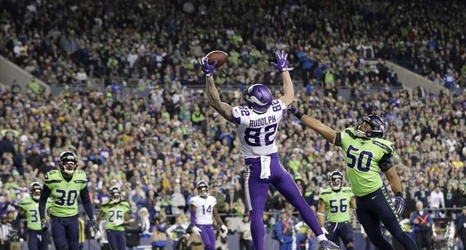 SEATTLE (AP) — When he came out for the start of the second half, Kyle Rudolph knew the Minnesota Vikings had a chance to take control.

They had a seven-point lead. They had the ball to start the final 30 minutes. After scoring on their final possession of the first half, the opportunity was there for Minnesota to take a two-score lead in Seattle.