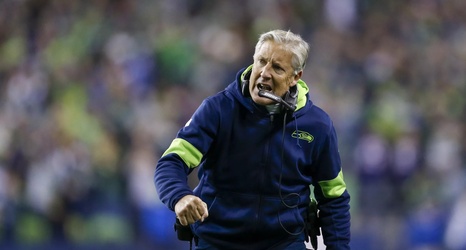 It came on a kickoff return, in Week 12. He was pressed into return duties for the Seattle Seahawks with teammate Tyler Lockett still on the mend. He gained 29 yards.

Then, a week later, he got his second touch. On Monday Night Football, in front of the nation and a few million Seahawks fans on their last beer and their last fingernail. He, uh, made it count.

You probably don’t need the scene to be set, but what the hell. It’s fourth and two.