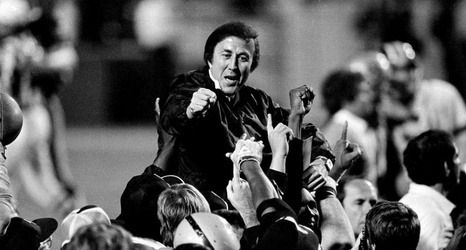 Flores, the first Hispanic coach in the NFL, was nominated in the new coaches category, while Pearson is a senior nominee.

In nine seasons with the Raiders, Flores won 91 games against 56 losses (.619 percentage), including a record of 8-3 (.727) in the playoffs. His career wins total trails only Hall of Famer John Madden in franchise history.