The Seahawks would likely pick a star at 56, but they can’t 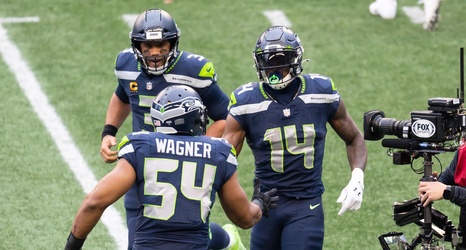 Scroll up. A very pretty picture awaits. It was chosen intentionally. Stare at it until it stares back at you.

In the photo, picks 47, 64 and 75 from their respective drafts congratulate one another on some random job well done, though frankly they should be accustomed to positive results, shouldn’t they? After all, we’re looking at two future Hall of Famers and a pretty decent quarterback the most exciting young receiver in the game.

With pick 56 in this year’s draft, John Schneider can be counted on to hit something between a double and a home run.