The Seahawks defense is getting killed on early downs 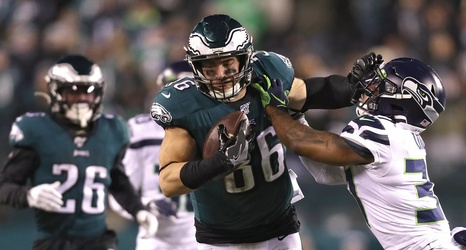 While the Seattle Seahawks held the Philadelphia Eagles to just nine points and sacked their quarterbacks seven times, the defense’s total Expected Points Added (EPA) was just 1.96. I’m sure no turnovers and the fact that those seven sacks only lost 15 yards didn’t help, but as I wrote in Winners and Losers on Sunday night, I am not really convinced that was a good defensive performance given what remained of the Philly offense.

One thing that stood out to me in the 2nd half is that not once did the Seahawks defense force a punt, with all four drives ending deep into Seattle territory.