The Seahawks could use Ryan Kerrigan, but Washington could be hesitant to move on 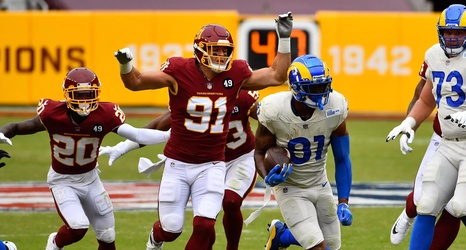 With a lethargic pass rush and little indication it will improve, save for the return of a safety who excels at blitzing in Jamal Adams, the obsession over improving the Seahawks’ pass rush has continued among fans and observers.

In the seemingly never-ending quest to find a proper edge rusher, still in the wake of the Frank Clark trade, attention has turned in large to Ryan Kerrigan ahead of the November 3rd trade deadline. The Washington Football Team veteran is an obvious trade candidate: at 32-years-old, he doesn’t fit the timeline of a full-scale rebuild, and the single strength of Washington’s roster is the defensive line, where they boast four first-round picks (excluding Kerrigan), as well as a second-round pick.