The Seahawks are a different team in the second half, and nothing shows it more than third down 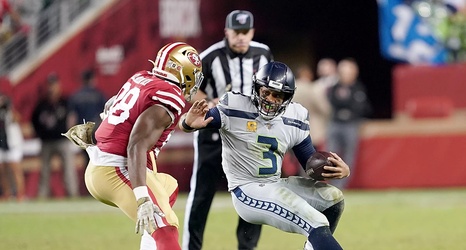 The Seahawks did it again!

But I’m not talking about the win, the come from behind, the overtime, the Russell magic, the bend-but-not-break, or the absurd fritting away of turnovers.

This time, Seattle showed once again that you can’t win the game in the first quarter. And thank goodness for that, because they’re awful there.

However, they really do seem to flip a switch, and it’s not just your imagination if you’ve thought the Seahawks play better during the second half. Specifically, 3rd down play on both sides of the ball was a complete reversal to close out the game, compared to how the Hawks opened.