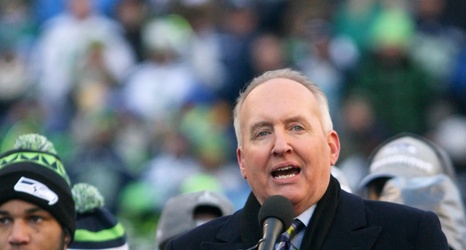 Steve Raible has been with the Seattle Seahawks organization from the very beginning.

From player to radio analyst to current play-by-play voice, Raible has seen the highs and lows of Seahawks football over the past 40+ years. Since becoming the full time radio play-by-play broadcaster in 2004, Raible has had plenty of great moments and successful teams and Seahawks wins to call.

Raible is retired from his news anchor role at KIRO television but he’ll remain the voice of the Seahawks for the foreseeable future. Appearing on the “Talkin’ Seahawks” podcast with Joe Fann, Raible talked about his favorite broadcast call ever, and you better believe it’s from the Super Bowl win over the Denver Broncos.