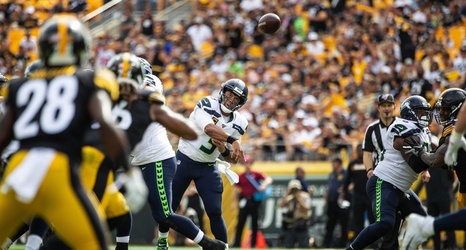 Finally, some closure to one of the more controversial moments from Seattle’s 28-26 win over the Steelers last Sunday — a helmet-to-helmet hit in the fourth quarter by Pittsburgh linebacker Bud Dupree on Seahawks QB Russell Wilson.

Dupree did not get penalized on the play. But Saturday it was revealed that he has been fined $21,056 for the hit by the NFL. The league can go back and review plays that could be fine-worthy and assess fines later even if the play did not draw a penalty on the field.

Coach Pete Carroll said Monday that the play would be among those the Seahawks planned to send in to the league for a review.