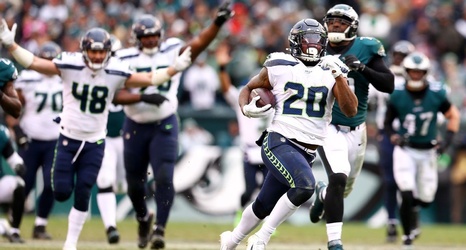 SEATTLE -- The Seahawks are not expected to pick up the fifth-year option on running back Rashaad Penny, a source tells ESPN.

Penny is thus scheduled to become an unrestricted free agent after the 2021 season.

Monday is the deadline for teams to exercise the 2022 options for first-round picks from 2018, the year the Seahawks chose Penny 27th overall out of San Diego State. Picking up his option would have locked in a fully-guaranteed $4.523 million salary in 2022, one reason why it was not considered likely.

Injuries have limited Penny to 27 games over three seasons, including just three in 2020 as he spent most of the year working his way back from a torn ACL he suffered in December of 2019.