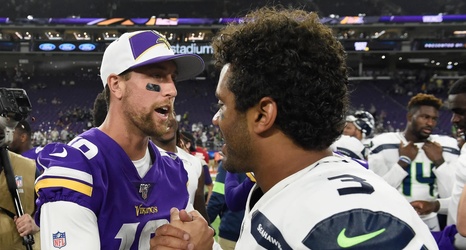 It’s Week 3 of the 2021 NFL season, and the Seattle Seahawks are on the road for the second time already in September. The first road trip ended with a win over the Indianapolis Colts and their former NFC East quarterback Carson Wentz, and now the Hawks are preparing to take on the Minnesota Vikings and their former NFC East quarterback Kirk Cousins.

In any case, earlier this week Field Gulls own John P. Gilbert joined Matt Falk on this week’s episode of Skoling with the Enemy to preview the game. The pair covered several subjects, including: