Shaquem Griffin proves his worth to Seahawks in week three 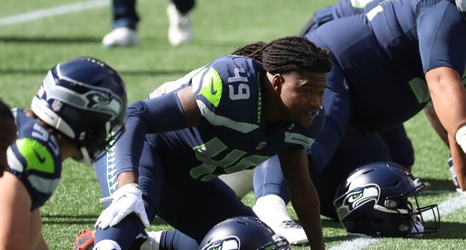 SEATTLE, WASHINGTON - SEPTEMBER 27: Shaquem Griffin #49 of the Seattle Seahawks looks on before their game against the Dallas Cowboys at CenturyLink Field on September 27, 2020 in Seattle, Washington. (Photo by Abbie Parr/Getty Images)

After being released on cut down day before week one, after not being picked up by any other team, after being signed to the Seahawks practice squad and after not playing the first two games of the season, Shaquem Griffin on Sunday versus the Cowboys showed once again that he can be a productive NFL player.