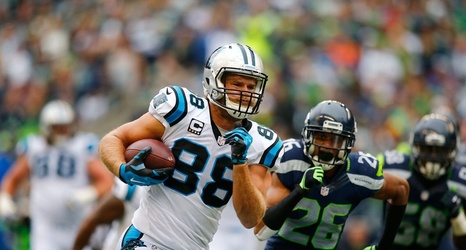 During the run-up to the Super Bowl, the Carolina Panthers announced that they would be releasing veteran tight end Greg Olsen, making him an unrestricted free agent. Naturally, Seahawks fans everywhere had the same thought; “maybe”?

On the surface, Olsen to the Seahawks checks a lot of boxes. Olsen has made it clear he has no interest in playing for a rebuilding team. The soon-to-be 35-year-old may not have more than a year or two left, and he is looking to chase a Super Bowl. The Seattle Seahawks check this box and then some.

Olsen would also like to play for a quality QB who can get him the football enough to put up numbers.