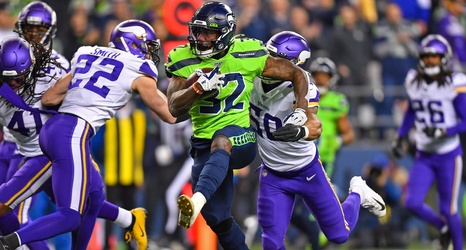 The Seahawks currently sit at 10-2 and lead the NFC West by a half-game over the San Francisco 49ers. With Seattle’s win over the Vikings on Monday, Seattle is now the number-two seed in the NFC. Seattle scored 37 points against a good Minnesota defense and it says a lot that quarterback Russell Wilson was not great. The offensive line was the reason the Seahawks won Monday.

And I swear I am not making this up, but Seattle did not have a penalty on offense.

Here are the grades for Seattle’s offense from week 13.