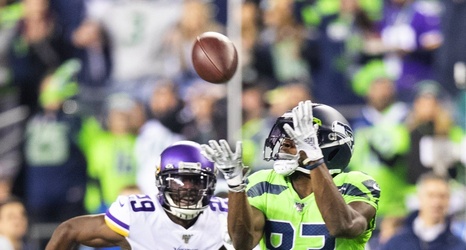 In their latest boy-band tribute, Seahawks receivers celebrated Moore’s touchdown catch Monday night against the Minnesota Vikings with some choreography from New Edition’s music video for “If It Isn’t Love.”

The receivers have built somewhat of a reputation for the endzone dances. Earlier this season, they earned a stamp of approval from *NSYNC for busting out “Bye Bye Bye.” And last year, Hawks wideouts did so many fun celebrations that Seattle Times sports columnist Matt Calkins released a ranking of them.