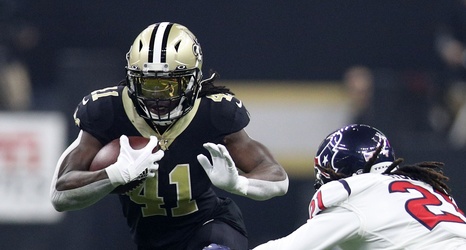 The Seahawks caught a break in their third game of the season. They won’t have to face one of the NFL’s all-time greatest quarterbacks, Drew Brees. In his analysis of the Saints quarterback situation, Lee Vowell wrote that he’d rather have the Hawks face Brees and beat him. I completely agree. But the guy that scares me isn’t Teddy Bridgewater. It’s the dynamic Alvin Kamara.

The Seahawks haven’t faced Kamara, as he joined New Orleans in 2017, the year after our last meeting. If you’re unfamiliar with his work, he’s as dangerous coming out of the backfield for a pass as he is with the ball in his hands.