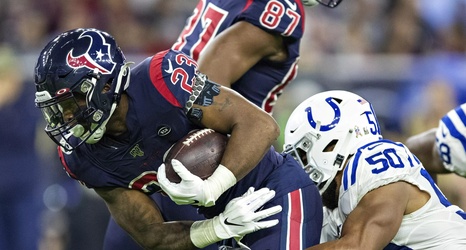 Fans of the NFL have been going back and forth at one another for years, arguing over the value of running and the running back position in general. Friday, the Seattle Seahawks put the patience of some fans to the test by giving a one-year, $4M contract to running back Carlos Hyde, a second round pick of the San Francisco 49ers in 2014 who is set to turn thirty years old this fall.

So, while a good contingent of the team’s fanbase would prefer that the Hawks allocate the remaining cap resources to addressing the pass rush, Pete Carroll and John Schneider would appear to prefer to ensure the team’s rushing attack remains potent.