Seahawks have an open roster spot that needs filled 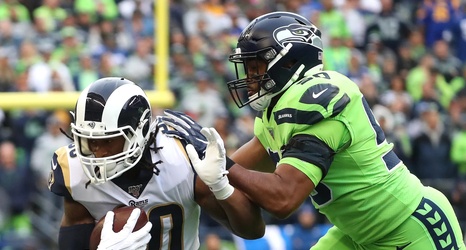 In less than four weeks the Seattle Seahawks will be taking the field for training camp practices, and many of the younger players will be battling for the final roster spots on the fringe. Who and makes the final cut to 53 and who does not won’t be known for another two months, but what is known is that someone will get a shot to show what they can do following the team’s waiving of undrafted free agent Tamorrion Terry Wednesday.

Many fans had expected Terry to not just make the roster over more experienced players, including Penny Hart and John Ursua, however, a hip injury limited Terry during offseason activities and now others will get their shot.