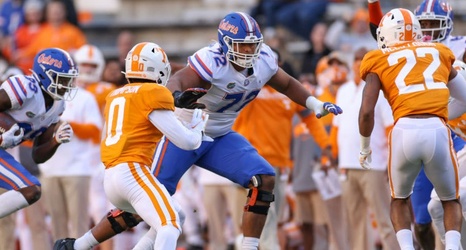 The Seahawks chose left tackle Stone Forsythe in the sixth round of the 2021 NFL draft. Forsythe is a massive human being with more ability than a sixth round pick. Seattle could have gotten a steal.