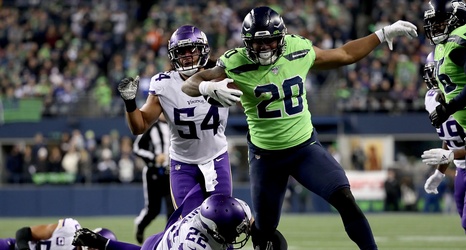 The Seahawks just can never seem to make any game seem easy. Sure, they were down 17-10 at halftime on Monday Night Football against the Vikings in week 13. But Minnesota only had the lead because Russell Wilson hit a batted pass up instead of down and the Vikings returned the interception for a touchdown. But Seattle would overcome that and defeat Minnesota 37-30.

How did Seattle win? Well, they did it in classic Seattle fashion. That is by giving 12s a few heart issues, running the ball and playing timely defense. There was a point – for once in Seattle’s season – where the offense and defense were clicking at the same time.