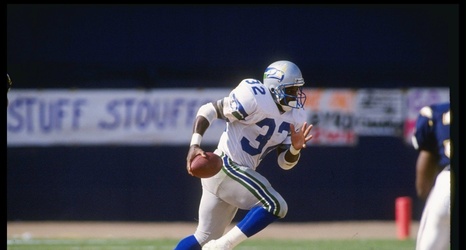 Prior to the start of the season, Seahawks offensive coordinator Brian Schottenheimer said he expected Chris Carson to have 50 targets for the season. I wasn’t too sure about that goal but concluded if Seattle used Carson correctly, he could do it. Considering the third-year back’s progress, I believe he’ll have 50 catches, let alone targets.

One thing he won’t do is catch the Seahawks all-time receiving leader for running backs. That record belongs to fullback John Williams. In fact, I think Carson will wind up behind six of the former Seattle fullback’s seasons.